The Chinese tech manufacturer Asus is coming to grab the market with its new tablet. The new tablet has a market name as Asus MEMO pad 8. Though the looks are hardly any different form the common set up shared by all small sized tablets, this has a little more to offer. The design is the same as its previous model with rounded corners and a bezel that is almost negligible to hold the display. The various input and output ports like the 3.5mm audio port, the charging port along with the power and volume buttons are all in their usual locations. But it is slimmer than the previous model.

LTE is another feature that adds up in favour of the tablet’s review and helps it challenge its rivals with stronger weapons. It can handle the challenges from other tablets in the market like the Apple iPad mini 3. Its support of 802.11ac Wi-Fi connectivity makes it even better as this is the latest connectivity support in the market. It also has a microSD cardslot to extend its memory. It has got a 5 MP rear and a 1.2 MP front camera,. 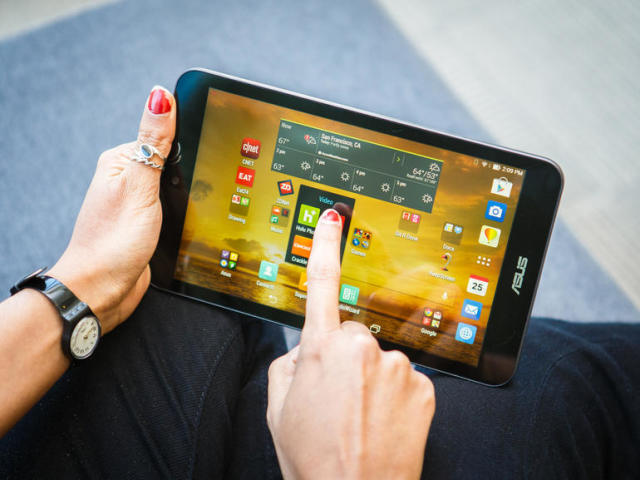 It’s display spread’s over 8 inch screen which is quite sharp. Another protective measure for the screen is the outer layer of Corning Gorilla Glass 3 over the LCD screen with no gap to separate the layers. Weighing only 299g the new Asus tablet is quite light. It makes it even lighter than Apple’s iPad mini 3 by 40gms, which is another beneficial factor.

It is also gifted with the latest android software support with Android 4.4 KitKat. It is supported by a fast quad-core Intel Atom Processor which is actually a 64-bit processor, pretty impressive for a tablet along with a 2GB RAM.