The Xiaomi Mi4 has been spotted with a 5.2-inch LCD capacitive multi touch display which flaunts a full HD resolution of 1,920 x 1,080 pixels. Encased in an iron alloy body, the Mi4 runs Android v4.3 Jelly Bean OS out of the box. 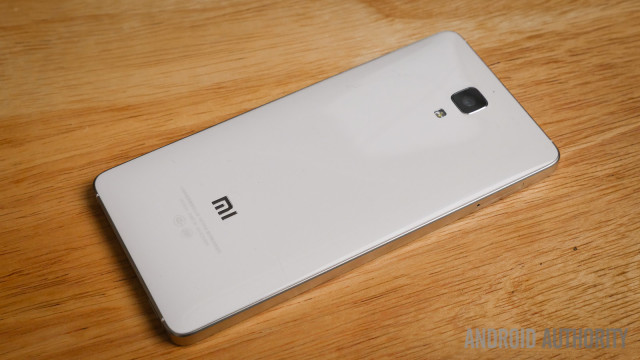 At the heart of the phablet, there is a mighty 2.46GHz processor loaded on the Qualcomm MSM8974 Snapdragon 800 chipset. The processor is accompanied by an equally powerful 3GB RAM, which ensures that the device can swiftly handle any app or game you play in it. The device doesnÂt lag or show a sign of sluggishness even when multiple apps are played on it simultaneously.

In the photography department, the Xiaomi Mi4 is equipped with a whooping 13MP shooter on the rear panel, accompanied by an astonishing 8MP front facing camera on the front. Both the cameras give ultra sharp, vibrant and realistic images and videos. With such a powerful camera on the front, the device is sure to win hearts of the selfie lovers. To store those HD images and other multimedia files on the go, the Mi4 comes with 16GB of inbuilt flash storage.

In terms of connectivity, the Mi4 is loaded with features like LTE, 3G, Wi-Fi, Blueooth, GPS, microUSB port etc. The device is also equipped with GPS to assist you finding you way through unknown routes. A li-ion battery is responsible to keep the device up and running.