Innovative marketing ideas and promotions for product launches are integral to all marketing plans and LG Electronics did just the same? They rolled out a ‘HitRecord’ contest to promote the launch of LG V30 via innovative videos and pictures in a closed community of testers. Allegedly some unspecified source have leaked the pictures of the upcoming phone LG V30 on Twitter and it is now going viral online despite the fact that the company promptly removed the original post.

This is the second flagship Smartphone from LG Electronics this year which is promised to be loaded with some impressive features. For starters, LG V30 will be the one and only Smartphone from LG to come with an OLED screen and shall have its signature ‘V’ on the back of the phone. The first glimpses of the LG V30 indicate that LG might be reusing the LG G6 design as an inspiration which is a good thing. It also seems that the new launch could have a non-removable, sealed battery unlike the earlier models in the V series. 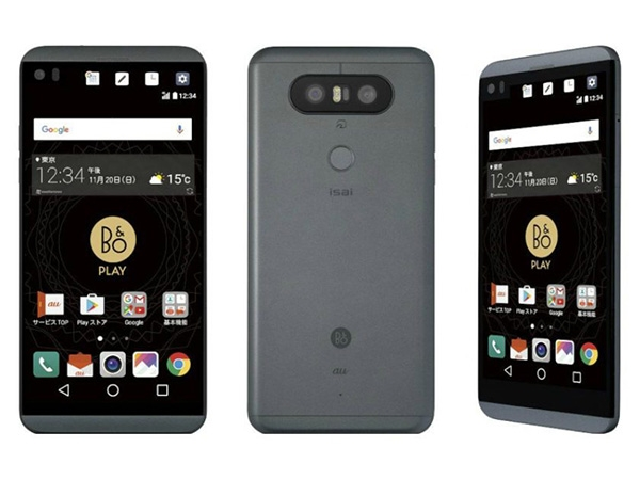 The leaked pictures clearly shows testers reviewing the dual-rear camera in the device. Apparently, the device also features a fingerprint scanner right below the two cameras. One can clearly notice a slight bump in the camera design on the new device which is quite unlike the LG G6 camera design. Going by the earlier reports and the leaked live images, the upper and the lower bezels have been considerably reduced in contrast to the LG G6 to maximize the viewable space. However, on a quick glance, one can easily mistake LG V30 for a LG G6.

LG Electronics had earlier announced that the new launch will have a 6-inch OLED Full Vision display along with Corning Gorilla Glass 5 protection on top. Despite having a larger display of 6 inches, the new device is expected to have s smaller body as compared to its predecessor LG V20 which had a 5.7-inch screen. With the OLED display and the secondary display being take off, another variance from LG V20, this new device is sure to be saving a lot of battery life for the users.

Basis the earlier leaks, LG V30 shall be launched in multiple storage variants ranging from 32 GB, 64 GB, and 128 GB. It is expected that the device will include Snapdragon 835 processor with 4 GB or 6GB RAM. The design includes the edges curving inside for better handling by the user, much like the Samsung Galaxy devices. The SIM card slot is placed on the right-hand side edge and the volume controller has been positioned on the left edge of the device. One can also expect this latest launch from LG Electronics to support wireless charging capabilities.

It is evident from the invites sent to the technology media, that LG Electronics will launch the latest phone from its stable on the 31st Aug 2017 at the pre-IFA event in Berlin, Germany.