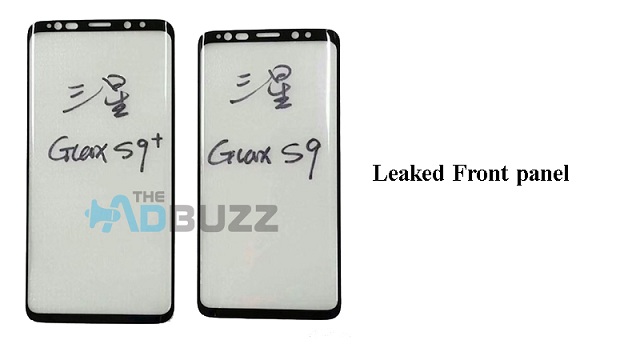 The leaked back panel

The leaked image back panel, which leaked on Techtastic. The leaked image shows, published on Monday, it shows a single rear camera setup of the smartphone, which similar the design shown in the CAD-based renders leaked last week. The fingerprint sensor on the Galaxy S9 and s9+ also looks to have moved to the under the rear camera.

Another report from a Chinese website, it has an upgraded battery on the Galaxy S9 and S9+, when we compared to last year.

According to the report, the Galaxy S9 will carry a 3200mAh battery, which is 200mAh more than Galaxy S8. There is currently no update on the battery capacity of the Galaxy S9+. Qualcomm Quick Charge 3.0 is expected to offer fast charging support on the upcoming phones.

Finally, a Bloomberg website mentions the Galaxy S9 and S9+ might be scheduled for a late February launch, with the two different variant smartphones in March 2018.

Recent reports about the Samsung Galaxy S9 and S9+ looking forward to an upgraded and improved iris scanner and the expected use of a next-generation substrate like PCB (printed circuit board) technology on the future flagship smartphones.